How To Get A Promotion At Your Job

Many of us would love to be promoted. Advancement usually means more influence, more money and more control over your day-to-day tasks – just to name a few perks.

But how do you get promoted? Isn’t it out of your hands? Not really. Yes, the decision to be promoted is one your organization ultimately has to make. But, by proactively pursuing a promotion, you drastically increase your chances. So, what’s the best way to pursue a promotion? It comes down to two things: acting in a way that’ll warrant a promotion and asking your boss for that promotion.

The Qualities You Need to Exhibit to be Promoted

Promotions aren’t just handed out because you want them. You need to earn your promotion by first acting in a way that’s promotable. What does that mean, exactly? Well, here are the qualities you need to display to be seriously considered for a promotion:

The rest of the qualities demonstrate that.

2. You prove you can develop yourself.

Conversely, the high-potential employee proves to their employer that they are not just going to excel in the role they have, but push themselves to continually improve. This means they take on new and different responsibilities. It means they are aren’t afraid of lateral moves, if it means the chance to master new skills. It means they actively solicit feedback from others to understand what they are weak in. And, it means they learn on their own time.

If you do those things, it’ll show that you have a growth mindset, not a fixed one. And that’s how you become seen as a high-potential employee, instead of just a high-performing one.

3. You are easy to work with and have strong relationships across the organization.

Being promoted isn’t a decision your boss makes in a vacuum. At most organizations, promotions require the green-light of other people within your organization as well. And there’s no quicker way to hurt your chances of getting promoted than making enemies. Instead, you want to do the exact opposite – you want people to be on your side, to root for you to get promoted.

It’s simple, really. Be a good partner. Treat people with respect, even if they don’t treat you with respect. Be aware how you show up. Remember – it might feel good in the moment to get frustrated at someone or blow someone off, but that can kill your chances to move up within an organization.

4. You see the bigger picture.

This means really understanding the business you are in and how your role – and your department – fits in. That’ll empowers you to make more strategic suggestions to your manager. It also means understanding the culture your organization is looking to build and acting in a way that exemplifies it.

This doesn’t mean you should agree with everything your boss says – in fact, disagreeing thoughtfully will help your career. No, instead, this means saying “yes” when there are opportunities to expand your role. Maybe there’s a group you can join within the office. Or a pilot you can be a part of. Or a new, lean team that needs members.

Whenever possible, say yes if it means an expanded scope. Obviously, you need to prioritize smartly here. But, if you can start taking on new responsibilities and projects outside your core role, you prove to your boss that can handle a bigger job – while also building relationships with more people across the organization

There’s this misconception that you need to dominate every conversation you are in to prove to everyone you are indeed a leader. In reality, the exact opposite is true. One of the best ways to improve yourself, to form great relationships with others and to become more strategic is to actively listen. If this isn’t a strength of yours, make it one – this course can help.

7. You are purposeful with what you say and how you say it.

As LinkedIn Learning Instructor Elizabeth McLeod said, “Language is everything. Your words tell people who you are – your language is imperative in your ability to get promoted.” What should you say? In her LinkedIn Learning course Learning to be Promotable, McLeod explains:

How to Ask Your Boss for a Promotion

The single-biggest mistake people make looking for a promotion is they think if they keep their head down and work hard they’ll get one. That’s giving away your power. Instead, be proactive – if you believe you are worthy of a promotion or would like to earn one down the road, ask your boss for it.

Here are a few best practices: 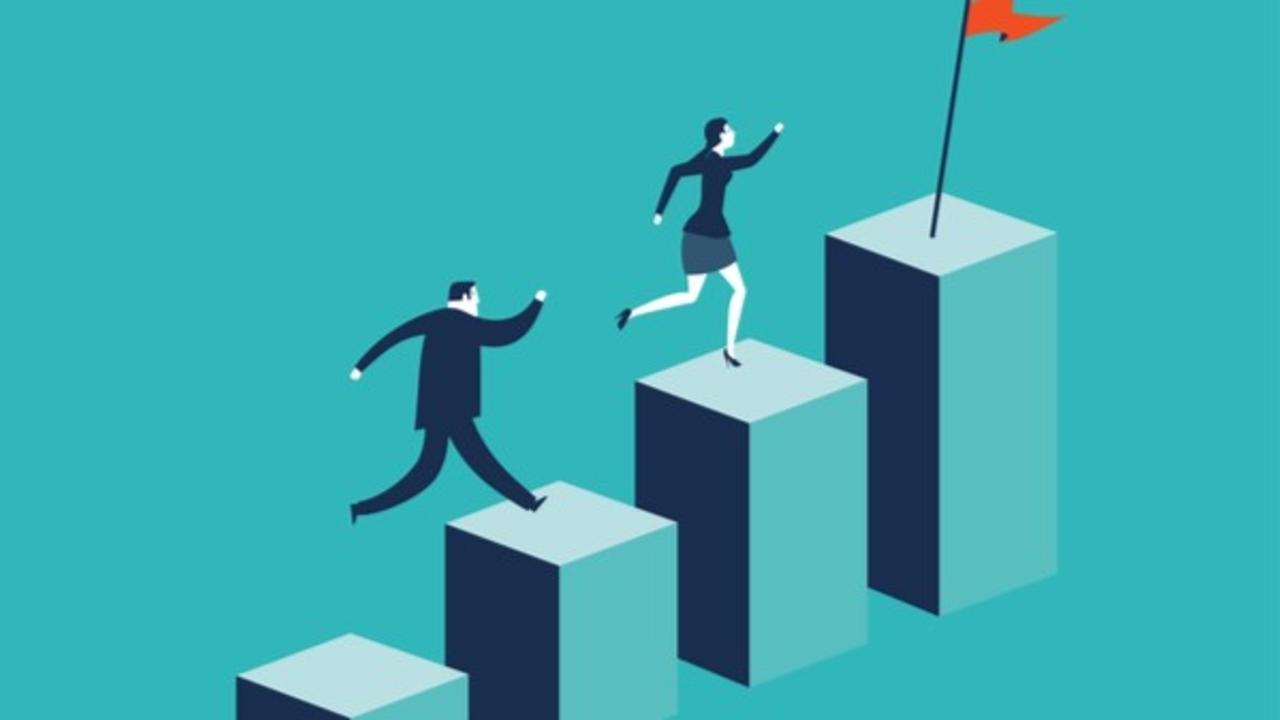 1. Ask your boss what it’ll take to get a promotion, instead of demanding one that moment.

Unless you are truly willing to follow through, it’s not a good idea to give your boss an ultimatum like, “Give me a promotion or I’ll quit.” Instead, you should tell your boss with what you want early in your relationship with them and work with them to make it happen. If you want to be promoted, tell your boss that and ask them what it’ll take. This will also give you a realistic timetable and guide to getting that promotion.

This will also turn your boss into your biggest cheerleader, instead of a potential adversary.

2. You have a business case ready for why you should be promoted.

If you followed step one, when you officially ask your boss for a promotion shouldn’t come as a surprise. But still, regardless of how good of a relationship you have with your boss or what you’ve agreed upon with them before, many times you’ll still need to make the business case on why you should be promoted.

In her LinkedIn Learning course Having an Honest Career Conversation With Your Boss, Instructor Lida Citroen explains how to do that:

LinkedIn Learning Instructor Lida Citroen explains how to put together a business case for getting promoted.

3. Don’t make these four mistakes when asking for a promotion.

There are several mistakes people make when asking for a promotion that’ll hurt your chances. Some of the most common are: